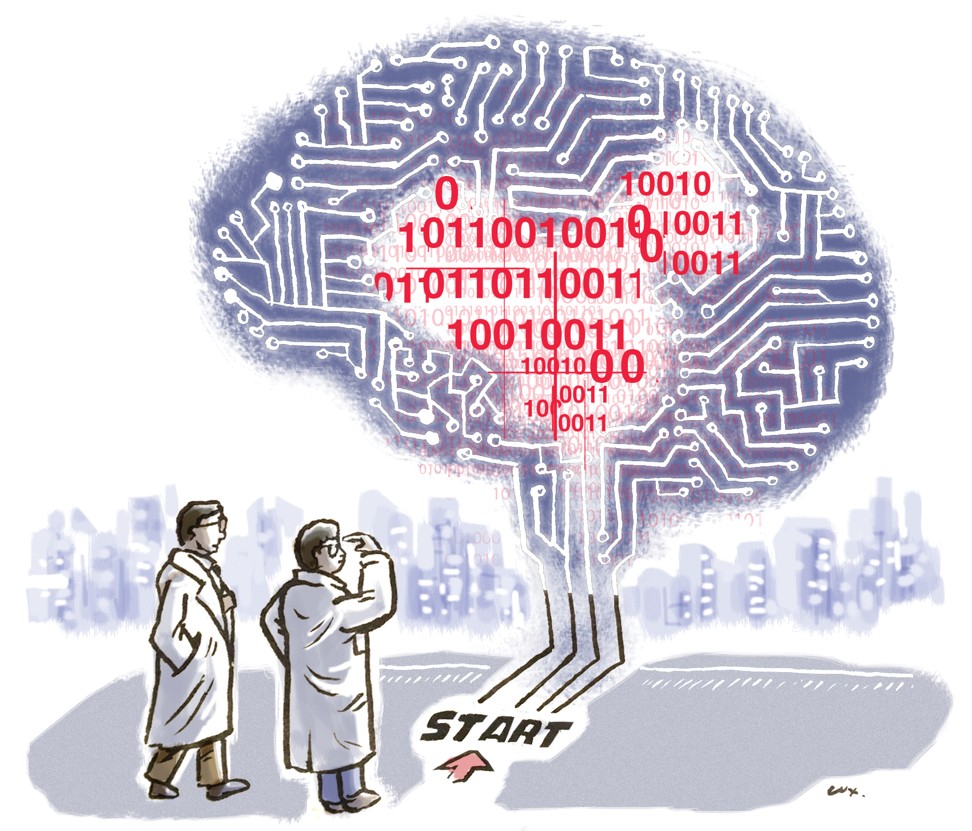 In the past few years, China has dived head first into artificial intelligence (AI) research, with the goal of becoming the de facto world leader in this game-changing technology.

According to The Economist, from 2012 to 2016, Chinese AI companies received US$2.6 billion in funding while US peers received US$17.9 billion, but this is quickly changing. China, earlier seen as a technology development laggard, is now grasping AI as an opportunity to leapfrog foreign peers.

Over 40 per cent of the top AI-related academic papers published worldwide in 2015 had at least one or more Chinese researchers. Chinese AI-based patent applications grew 186 per cent between 2010 and 2014, a huge increase from the previous five-year period. Also, in the past two years, all the top-performing teams in the ImageNet Large Scale Visual Recognition Challenge, an influential AI computer vision contest, were Chinese, while half the teams were Chinese-based.

World dominance in three steps: China sets out road map to lead in artificial intelligence by 2030

Beijing’s declared goal for Chinese companies to become global leaders in AI technology by 2030 sets the stage. This goes hand in hand with China’s latest five-year plan, which defines science and technology research as a strategic priority.

Policies such as “Made in China 2025”, the “three-year guidance for internet plus AI plan”, and the “new generation AI development plan” all aim to take the nation’s AI technology forward.

Various Chinese provinces and cities are also offering preferential policies and generous financial ­incentives to AI start-ups. For example, the city of Shenyang has set up an investment fund of 20 billion yuan (HK$23.4 billion), focusing on robotics development.

These favourable policies have inspired innovations from both smaller firms and internet giants in China. Leading players such as Baidu, Alibaba and Tencent, rising start-ups like Megvii, iCarbonX, Mobvoi and SenseTime, and unicorns like Didi Chuxing and Xiaomi are all investing in or experimenting with AI technology.

Can China’s next unicorn be borne out of humble power banks?

Baidu, for example, has developed a cutting-edge neural-network-based machine translation system that has achieved a speech recognition accuracy higher than that of humans. It has also launched an open-source platform for autonomous driving solutions, namely Project Apollo, to speed up the ­development of self-driving vehicles. Rival giant Tencent has also established its own AI lab, gathering 50 world-class scientists, researchers and experts to focus on “content AI, social AI and game AI”.

Ranked 11th in the MIT Technology Review’s list of the 50 smartest companies in 2017, Chinese start-up Megvii specialises in computer vision technology. Its facial recognition product, Face++, has recognised and distinguished over 100 million faces so far. iFlytek, a global leader in intelligent speech and natural language processing, has reached a market cap of around US$12 billion, and its speech recognition technology is able to differentiate between Chinese dialects.

AI research in academia has spread from being a focus at a few elite universities to those across China. Chinese academics have built a robust research community, which allows them to tap AI resources in both Chinese and English. Large numbers of Chinese science and engineering graduates are now flocking to the industry. With its large population of internet and smartphone users, China has an abundance of data, providing valuable training datasets to be fed into AI learning algorithms.

Access to large datasets of the behaviour patterns and daily lives of Chinese citizens allows AI researchers to conduct mass-scale studies and experiments, at a much higher speed and intensity than their foreign counterparts.

China is more than capable of becoming a leader in AI. But doing so would require a change in mindset of the key stakeholders – the government, academia and business.

As of now, groundbreaking ­research is still mostly being done in the West, where the focus is on the science and infrastructure behind AI technology. Chinese academics, on the other hand, tend to research new applications of pre-existing technology. This is mainly the result of the Chinese government’s ­rewards for tangible results from research; researching the basic ­science behind AI takes much more time and is far riskier.

China is in the kind of technology bubble that helps local firms. Will it last?

Chinese companies are very good at launching new products and features quickly to the market, as they are well-versed in tapping newly identified opportunities. In the same vein as academia, Chinese companies primarily rely on new applications of pre-existing technologies rather than creating new ones. As things stand, there is little incentive for basic science research that powered AI breakthroughs like Google’s Alpha Go.

China needs a fundamental change to truly become a leader in AI. There needs to be a greater ­emphasis on developing the ­science behind the technology rather than emphasising new applications. This could be challenging, as the government would need to rethink the way it evaluates grants and research proposals, and the ­defining metrics for evaluating the impact of ­research projects.

Chinese firms, adventurous when it comes to identifying and “jumping” into new opportunities, are still underdeveloped in the “moon shot” mindset of Western firms like Microsoft or Google.

There is also a risk due to geopolitical issues, where access to foreign technology and know-how could be cut off in the future, hampering China’s capability for a speedy transformation.

According to a Pentagon report, even though Chinese have invested over US$700 million in American AI start-ups in the past six years, the US Department of Defence views this as a potential threat to national security and wants Washington to ban such investment.

Leading foreign researchers could refuse to work with Chinese companies and academics if they believe their research will be used for “authoritarian” purposes.

The edge for companies in the future will increasingly be data

To achieve the goal of becoming a global AI leader by 2030, China will need to take at least two essential steps. First, it should redraft its ­incentives policies to motivate local companies and academics to conduct research on new AI technologies. Second, both the Chinese government and the business community should continue to nurture domestic academia to make it a cornerstone of the global AI ­research community.

Andrew Ng, a leading American AI researcher, once said that AI would become the “new electricity” – transforming not just one industry, but all of them.

The edge for companies in the future will increasingly be data, and the ability to gain foresight, not only hindsight, from this new “mine”.

Will China be able to take global leadership in AI? Even if it can do so, it may take some time. However, like anything related to technological innovation these days, it would be imprudent to rule China out.

Edward Tse is founder and CEO of Gao Feng Advisory Company, a global strategy and management consulting firm with roots in Greater China, and author of China’s Disruptors. Jackie Wang is a senior consultant of the firm