Special Counsel Robert Mueller departs after a closed-door meeting in June with members of the Senate Judiciary Committee about Russian meddling in the election and possible connection to the Trump campaign. 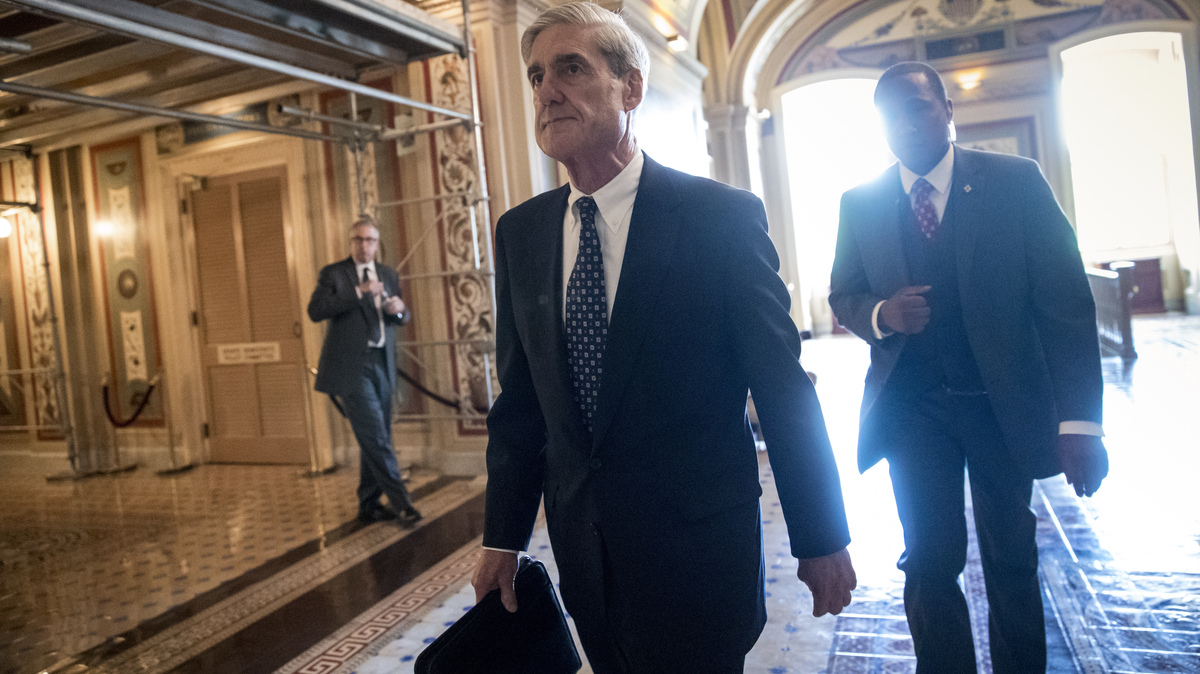 Special Counsel Robert Mueller departs after a closed-door meeting in June with members of the Senate Judiciary Committee about Russian meddling in the election and possible connection to the Trump campaign.

For weeks there has been speculation that President Trump would try to fire Special Counsel Robert Mueller, who is investigating Russia’s involvement in the 2016 election.

To try to keep Mueller from being fired without cause by the president, two bipartisan bills have been introduced in the Senate.

Trump cannot fire Mueller directly but there are some strategical moves that could get the job done. To that idea, there has been concern that the president would try to fire Attorney General Jeff Sessions. Trump has spoken out publicly that he was upset that Sessions had recused himself from the Russia probe.

Since Sessions stepped away from the investigation, that has left Deputy Attorney General Rod J. Rosenstein in charge of it. Rosenstein has said he would not fire Mueller without cause. But if there were a new attorney general, that could supersede Rosenstein’s authority.

Sessions is keeping his job — at least for the time being. New White House Chief of Staff John Kelly, according to reports, told Sessions he doesn’t have to worry about losing his job.

NPR’s Ari Shapiro, host of All Things Considered, talked to Wall Street Journal reporter Del Quentin Wilber, who was one of the journalists working on the paper’s story that Mueller is using a grand jury in Washington, D.C., to investigate Russia’s interference.

Wilber was asked about efforts in Congress to protect Mueller from being fired by the White House.

“People in Congress are obviously a little nervous that, you know, Trump may take matters into his own hands. You know, he’d been complaining about Sessions a lot a couple weeks ago on Twitter and in interviews with news media and at a – you know, at a press conference. And they were all a little concerned that maybe he wants to fire Mueller and do something to get rid of Mueller. And so now they’re coming together on a bipartisan basis to seek legislation that might prevent that from happening.”

Lawmakers on Capitol Hill have warned Trump not to dismiss Mueller. The two Senate bills — one from Sens. Thom Tillis, R-N.C. and Christopher Coons, D-Del., and the other from Sens. Lindsey Graham, R-S.C., and Cory Booker, D-N.J., aim to make congressional opposition to such a move clear.

“Each seek to check the executive branch’s ability to fire a special counsel, by putting the question to a three-judge panel from the federal courts. They differ in when that panel gets to weigh in on the decision.

“Graham and Booker’s proposal would require the judges panel to review any attorney general’s decision to fire a special counsel before that firing could take effect.

“Tillis and Coons’ proposal would let the firing proceed according to current regulations, which they codify in the bill — but the fired special counsel would have the right to contest the administration’s decision in court. In that scenario, the judges panel would have two weeks from the day the special counsel’s case is filed to complete their review and determine whether the termination was acceptable.”

Tillis, Coons and Graham are all members of the Senate Judiciary Committee. Panel chairman Chuck Grassley, R-Iowa, has yet to indicate support for either measure.

There was also concern that Trump would try to replace the attorney general while Congress was on recess. In the Senate on Thursday, members blocked the president from being able to make recess appointments during their summer break.

“The move, which requires the agreement of every senator, means the Senate will be in session every three business days throughout the August recess.”

Since the Senate will be open during the break, the move prevents Trump from making appointments without approval.